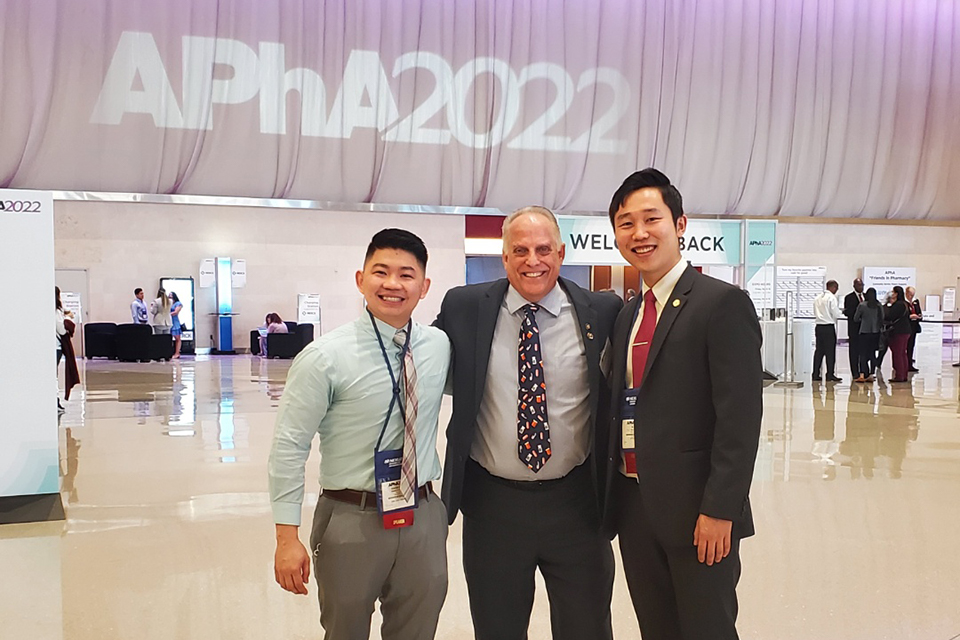 At the recent American Pharmacists Association (APhA) Annual Meeting in San Antonio, Texas, Sean Kim, third-year student pharmacist, had the privilege of participating in the PharmTANK competition, which was modeled after the TV show “Shark Tank.”

Sean came to PharmTANK to showcase the “TravelRx” app, a concept he developed with two classmates in the School of Pharmacy’s Pharmapreneurship pathway.