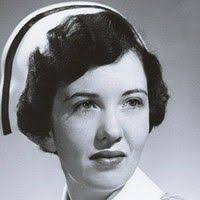 While honoring Hispanic history and heritage, we would like to highlight Latina nursing pioneer Ildaura Murillo-Rohde.

Ildaura Murillo-Rohde (Sept. 6, 1920 – Sept. 5, 2010) was a Panamanian-American nurse, academic, and organizational administrator. She specialized in psychiatric nursing, held academic appointments at several universities, and was a psychotherapist in private practice. Murillo-Rohde founded the National Association of Hispanic Nurses in 1975. She was a World Health Organization consultant to the government of Guatemala and was named a Permanent United Nation Representative to UNICEF for the International Federation of Business and Professional Women. She was also named a Living Legend of the American Academy of Nursing in 1994.