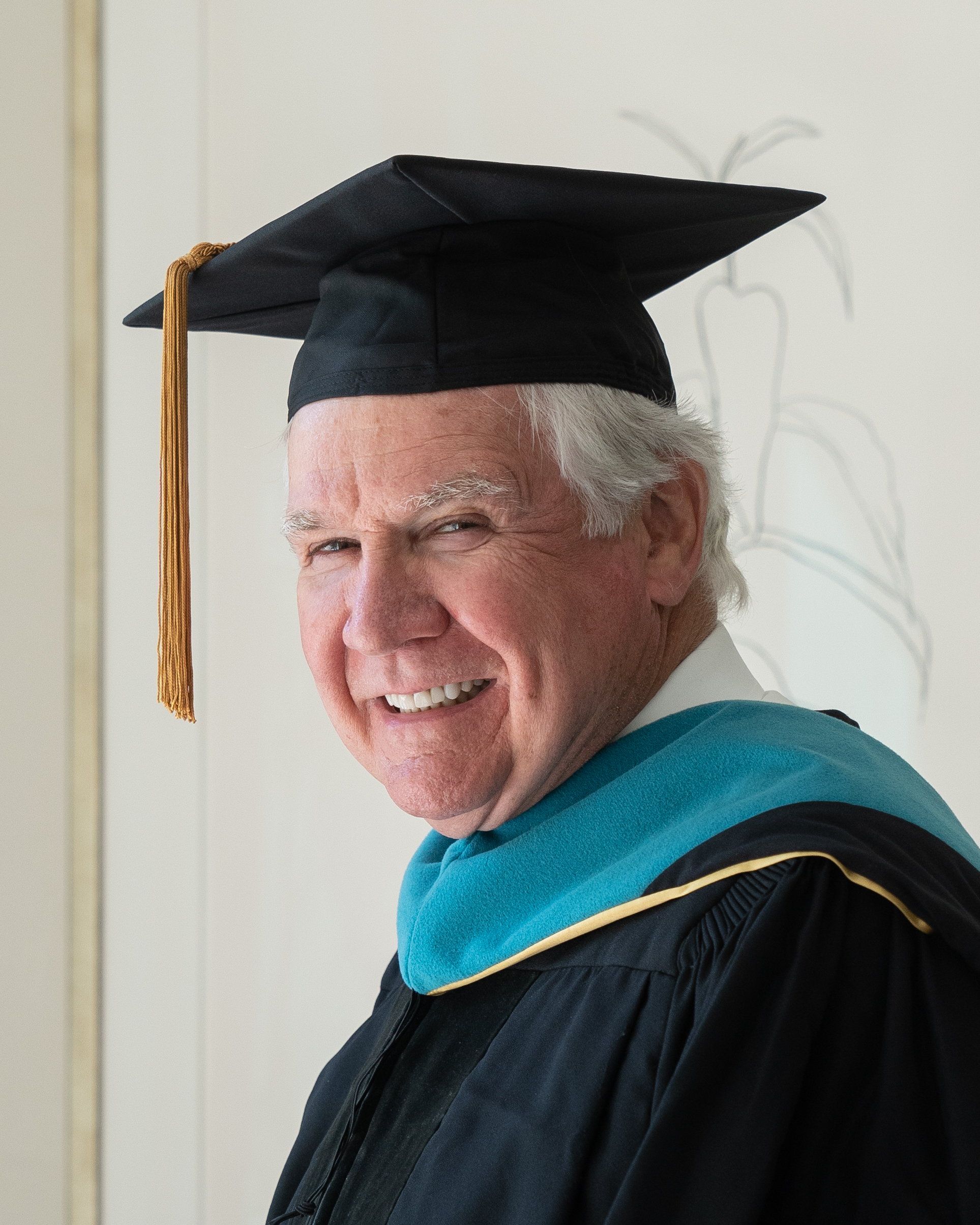 The University of Maryland, Baltimore (UMB) is awarding honorary degrees this year to six individuals who’ve made an impact through their work or philanthropic efforts in the fields of dentistry, law, medicine, nursing, and pharmacy. The recipients will be featured on The Elm during Commencement week May 17-21.

William “Bill” Conway, MBA, and Joanne Conway are highly acclaimed philanthropists who are significant benefactors of nursing education, not only for the University of Maryland School of Nursing (UMSON), but also for schools of nursing throughout Maryland, Virginia, and Washington, D.C. Their mission is to help produce 10,000 highly educated nurses in this region.

In 2021, through their Bedford Falls Foundation, the Conways committed $13.83 million to UMSON to create an additional 345 Conway Scholarships across all degree programs to cover in-state tuition, fees, and books (at the undergraduate level) for nursing students. The gift includes $1 million to support renovation of the nursing building at the Universities at Shady Grove in Rockville, Md.

The donation was the largest in UMSON’s history and the fourth to the school from the Conways, who have pledged nearly $30 million since 2015. At the conclusion of this pledge, which will support students from fall 2022 to fall 2027, the Conways will have funded more than 830 Conway Scholarships. In gratitude for the Conways’ generosity, the UMSON deanship now carries their name: the Bill and Joanne Conway Dean of the University of Maryland School of Nursing.

“The Conways’ extraordinary generosity continues to propel our School of Nursing forward,” UMB President Bruce E. Jarrell, MD, FACS, said. “Countless lives will be positively impacted because of their support. I’m especially pleased that the deanship will now be associated with these incredible and generous people.”

“Bill and Joanne Conway are benevolent and farsighted individuals who are not only leveraging their financial assets for the greater good of the public, but also are sharing their capacities for creative and entrepreneurial thinking to foster innovative opportunities for those who might otherwise be unable to attend nursing school,” she said.

“They also are addressing the critical need to sustain nurses over the course of their career trajectories. On a daily basis, the Conways are adding to the cohort of caring and dedicated nurses who are educated and equipped to deliver compassionate care to patients and their families.”

In 1987, Bill Conway co-founded the Carlyle Group, which is now a multinational private equity, alternative asset management, and financial services corporation that manages $246 billion in assets. In January 2018, he stepped down as co-CEO and currently serves as co-executive chairman. In 1997, the Conways established their charitable trust, the Bedford Falls Foundation, which provides funding primarily for social services, Catholic agencies and churches, health organizations, hospitals, and human services.

In 2017, the Conways received honorary degrees from Catholic University of America in recognition of their generosity that established the William and Joanne Conway Nursing Scholars Program at the Washington school. In 2019, Catholic’s nursing school was renamed the Conway School of Nursing as gratitude for the couple’s $40 million in total support.