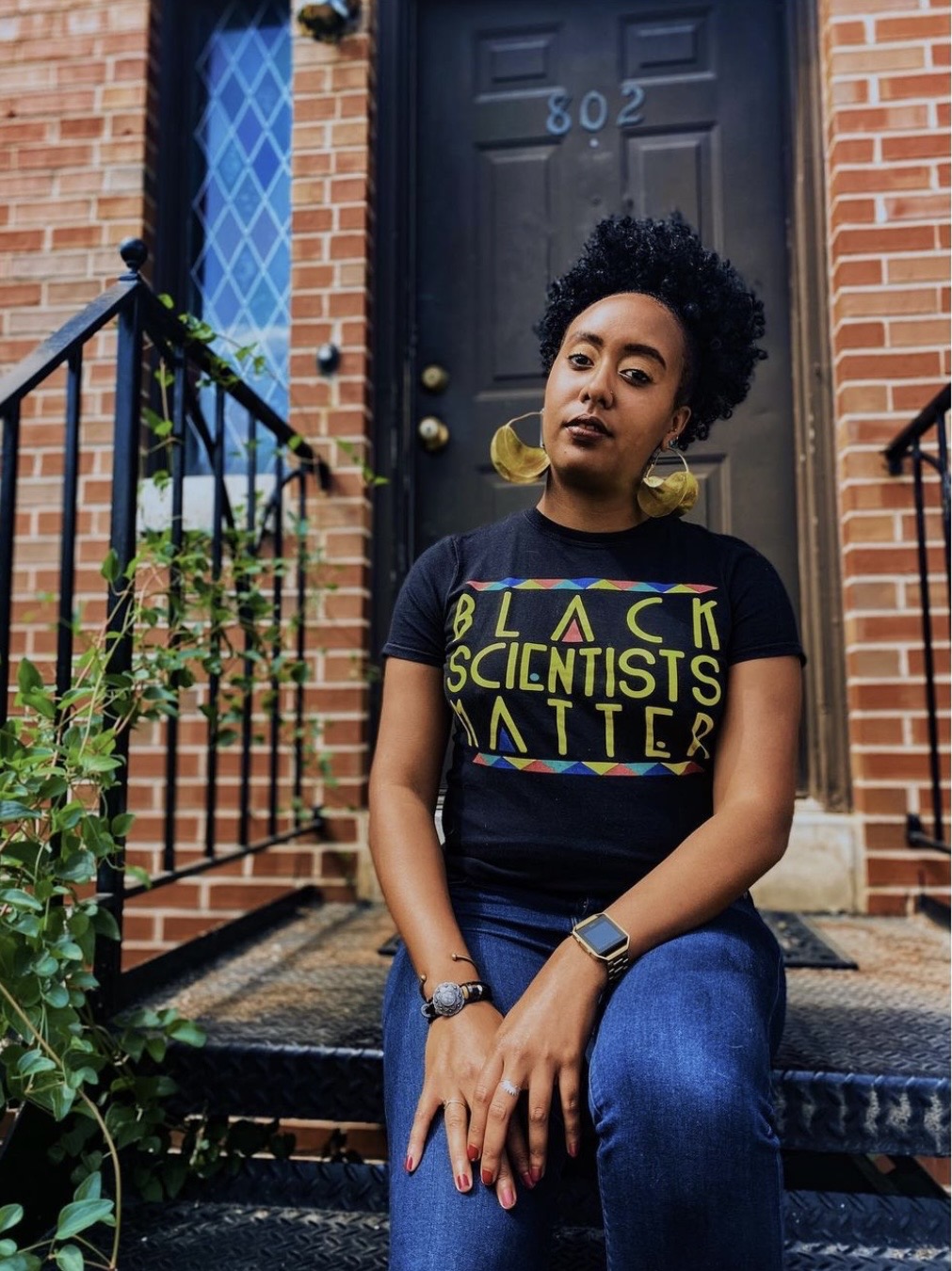 UMSOP PhD candidate helped develop an innovative method for automated analysis of the higher order structure of proteins in biological models, allowing for complex in vivo drug design and modeling.

Danté Johnson, a PhD candidate in Dr. Lisa M. Jones’ lab in the University of Maryland School of Pharmacy’s (UMSOP) Pharmaceutical Sciences program, was the recipient of the 2022 Graduate Translational Research (GTR) award. Her research has contributed to the development of an innovative method for analyzing proteins in live cells.

Currently, there is a chasm between the biological findings from an in vitro system and those that would be obtained in an actual cellular environment. To help eliminate this gap, Johnson worked with Jones to pioneer the use of a new automated, six-well plate-based, in-cell Fast Photochemical Oxidation of proteins (IC-FPOP) platform. Coupled with mass spectrometry, this novel FPOP technology is capable of identifying and characterizing proteins and tracing their dynamic molecular interactions in both healthy and diseased states.

“I came into graduate school with a background in biology and chemistry. Never did I expect I would be tackling a project so rich with engineering and technology. It was challenging, but this endeavor gave me the opportunity to grow as a scientist. We have definitely developed something that has great potential to advance the field of proteomics.”

This high throughput FPOP labeling strategy is a potential service for scientists interested in analyzing the higher order structure of proteins in various biological systems to identify protein-protein, protein-ligand, and protein-drug interactions, epitope mapping, and protein folding dynamics in cell models. It could be useful for analyzing drug target engagement — an area of strong interest to the pharmaceutical industry and academia, both of which desire innovative and practical solutions for today’s demanding biological and industrial questions and applications.

“Danté’s project and its real-world potential was not only very exciting for the UM Ventures’ team, but also for many of the UMB scientists attending the Graduate Research Conference,” said Nancy Cowger, director of licensing at UMB. “Once we learned more about her project and the steps she was pursuing that could lead to broader use and commercialization of her work, such as participating in the I-Corps program, it became clear to our team that commercial applications are likely around the corner.”

Since joining Jones’ lab, Johnson has secured a grant from the National Institute of General Medical Sciences (NIGMS), an institute of the National Institutes of Health (NIH), rethought and altered aspects of the original platform, assisted her colleague Ben Punshon-Smith with the development of an integrated software that automates the device, and helped design experiments to validate the new platform.

Johnson, who is in her final year, plans to join a biotech or pharmaceutical firm where she can continue to apply the skills she’s developed during her PhD program at UMSOP.

Presented in coordination with the University of Maryland Graduate School’s annual Graduate Research Conference, the GTR award is made in recognition of important translational research performed by a UMB graduate student or postdoctoral fellow. It embodies the mission of UM Ventures, Baltimore to translate outcomes from basic research into real-world applications. This year’s judge panel included Melissa Blackman, who presented the award, Nancy Cowger, Jeff Purnell, and Rana Quraishi. There were seven applicants from three schools and all of the submissions were considered very high-quality.