Rooted in History: Help Is Just a Call Away at the Maryland Poison Center 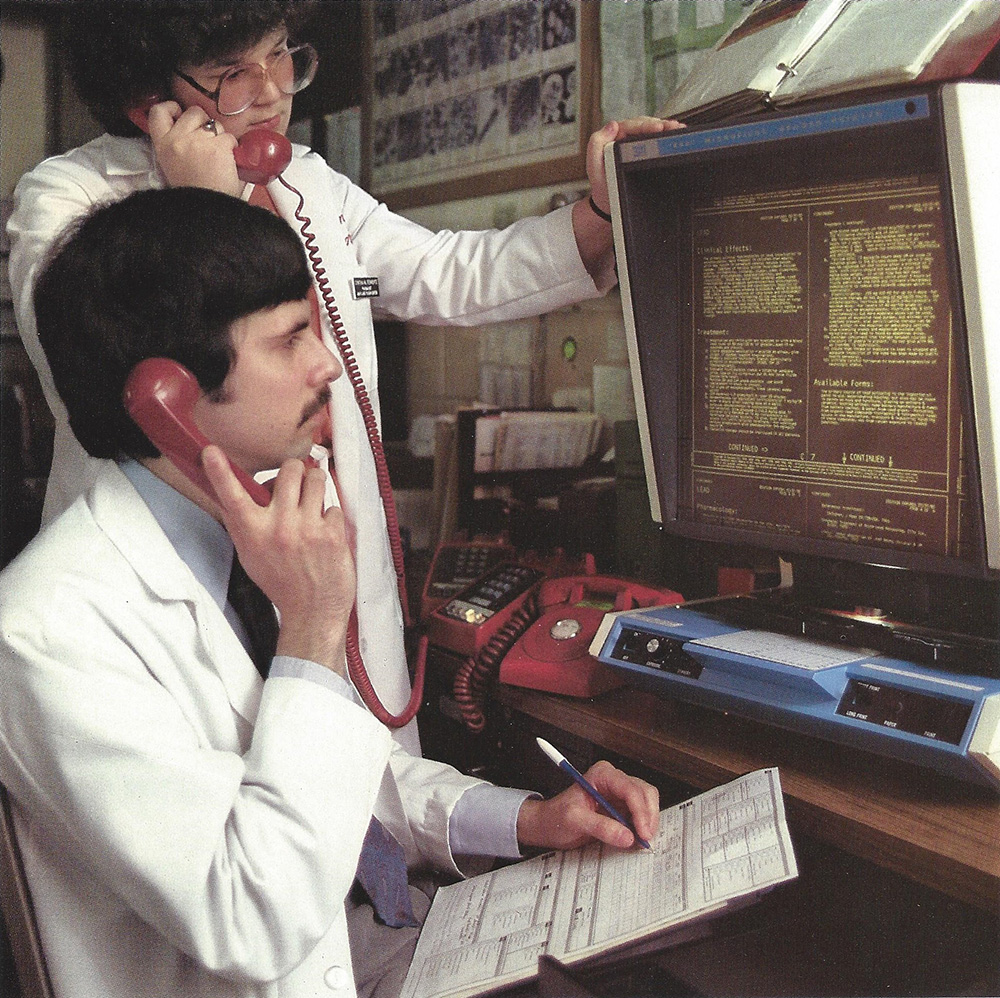 Read more about the School of Pharmacy’s 50 years of partnership with the center in “CATALYST” magazine.

Chances are, particularly if you are a parent, you may have had to call the Maryland Poison Center (MPC) at some point for advice. But did you know that the center has been part of the University of Maryland School of Pharmacy (UMSOP) for 50 years?

On Feb. 1, 1972, the Maryland Poison Information Center (MPIC), the predecessor of the Maryland Poison Center, became part of UMSOP. At the time, MPIC had a budget of $70,000 a year and operated with three full-time staff members: director, medical director, and poison information officer, working Monday-Friday, 9 a.m.-5 p.m. Eventually evening and weekend telephone coverage was provided by University of Maryland School of Medicine and UMSOP students, allowing the center to operate 24 hours a day, seven days a week.

In 1972, the center received 5,707 human exposure calls on rotary phones. Operators used triplicate forms from the federal government’s National Center for Poison Control and Prevention to record case information. Later, the center moved to forms provided by the American Association of Poison Control Centers (AAPCC) that incorporated a written portion and a Scantron portion for all data to be scanned into a computer database.

MPIC had a library of books and a physical card catalog that included information on the ingredients found in common household products for quick reference. Uncommon brands and items required a call to a manufacturer or distributor, which resulted in longer response times. Later, the staff used microfiche readers for Poisindex, a comprehensive database of household products, chemicals, and medications. This resource continues to be used today via the internet.

You can read the Spring 2022 issue of CATALYST magazine, which highlights the incredible work done by School of Medicine scientists and clinicians who successfully transplanted a genetically modified pig heart in a patient who survived for two months. We also share stories about law school alumnus Tamika Tremaglio, who now leads the National Basketball Players Association; Wendy Shaia, executive director of the School of Social Work’s Social Work Community Outreach Service; the UMB CURE Scholars Program’s first cohort going to college; and much, much more!