UMB Ranked Among Best Employers for Diversity in ‘Forbes’ Survey 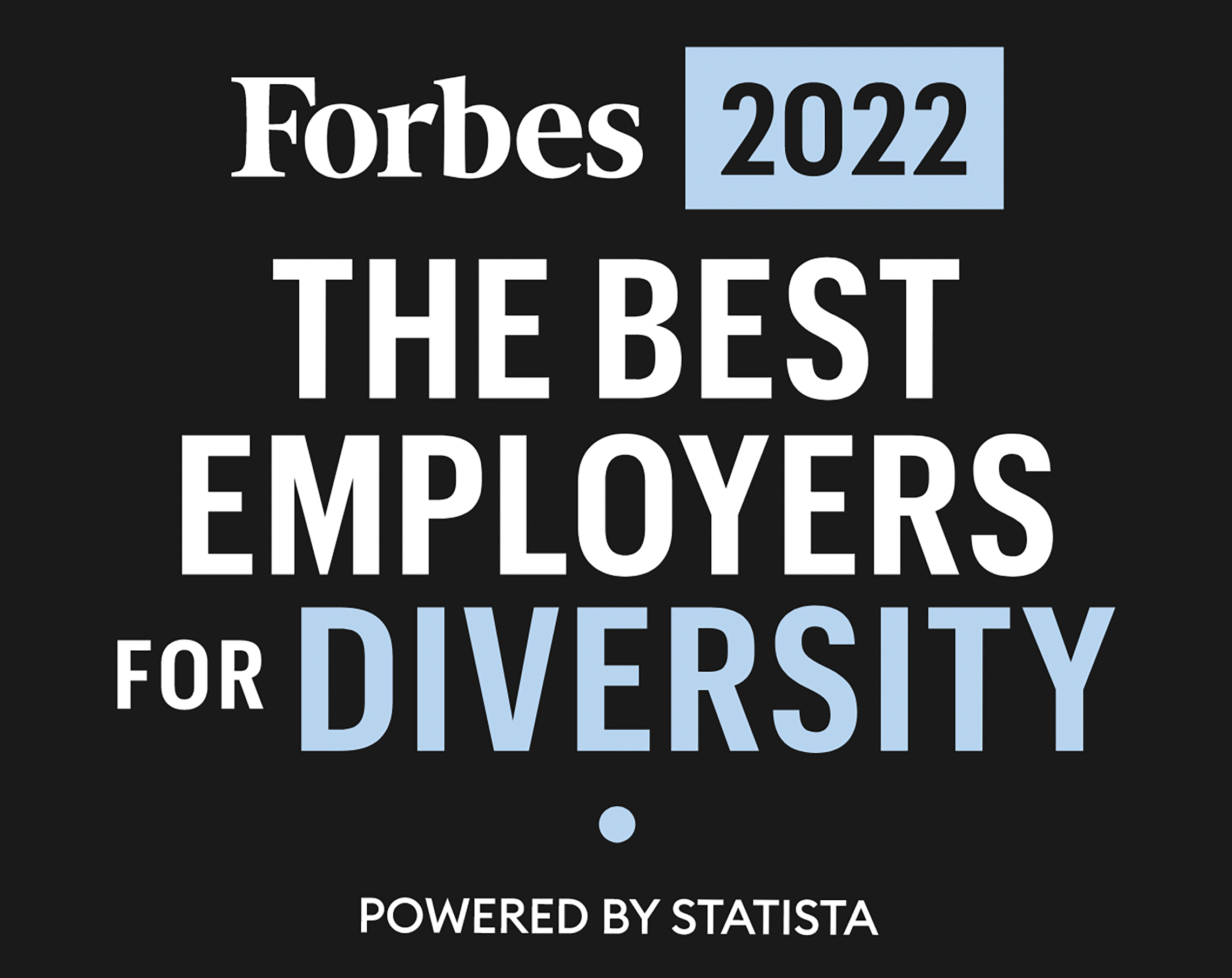 University ranks No. 109 out of 500 companies and No. 6 among the 40 educational institutions included in the list.

The University of Maryland, Baltimore (UMB) has been recognized as one of America’s Best Employers for Diversity in 2022 by Forbes magazine. UMB ranked No. 109 out of 500 overall employers and No. 6 out of 40 educational institutions on the list.

The honorees were selected based on methodology developed by Statista that the market research company says guarantees unbiased results while providing reliable insights. More than 60,000 U.S. employees were surveyed from companies with a minimum of 1,000 employees to identify the best employers for diversity in the United States.

The list ranks the 500 employers that not only received the most recommendations but also boast the most diverse boards and executive ranks and the most proactive diversity and inclusion initiatives.

“I’m thrilled that the Forbes survey confirms what we know: UMB is committed to advancing equity, diversity, and inclusion [EDI] at all levels of the institution,” said UMB President Bruce E. Jarrell, MD, FACS. “Equity and justice are part of our core values, and we act on those values by embracing diversity, always striving to be inclusive, and opposing racism and oppression in all their forms.”

The Forbes survey was based on four criteria:

More than 10,000 companies were reviewed and roughly 2,000 were given a diversity score, which also takes into account surveys of an organization’s diverse employees and its publicly disclosed information about representation.

The person leading UMB’s diversity efforts, Diane Forbes Berthoud, PhD, MA, the University’s inaugural chief EDI officer and vice president, says UMB was recognized by Forbes for the diversity among its executive leadership, its general diversity initiatives and infrastructure, and having an executive position dedicated to leading and advancing EDI.

“President Jarrell has made a strong commitment to diversity by supporting the creation of a chief diversity officer and vice president role and the Office of Equity, Diversity, and Inclusion,” said Forbes Berthoud, who joined UMB in July 2021 and leads the office. “We are working to support and advance faculty diversity and development, inclusive hiring and training policies, inclusive pedagogy and student learning, and increased leadership engagement and accountability.”

Forbes Berthoud says more initiatives are in the works, including the development of an institutional dashboard that maps and tracks the current state and progress of EDI at UMB related to areas such as presence, recruitment, retention, promotion, and access.

“In the coming weeks, my office also will formally launch a strategic planning process for UMB’s EDI goals and direction,” she said. “We are proud of the work we’ve done so far, though there is still room for continued growth and development in the areas of diverse faculty representation and improving the diversity climate for underrepresented populations.”