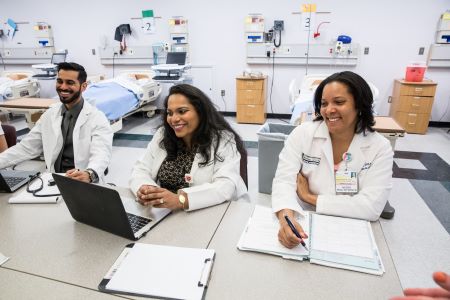 UMSON in top nationwide for best overall DNP and MSN programs and all ranked DNP specialties.

In the newly released 2023 edition of U.S. News and World Report’s “America’s Best Graduate Schools,” the University of Maryland School of Nursing (UMSON) is among the top 10 best public schools in the nation for its overall Doctor of Nursing Practice (DNP) and Master of Science in Nursing (MSN) programs, out of 601 accredited nursing schools surveyed.

Among public schools of nursing, UMSON ranked No. 1 in the nation for the Family Nurse Practitioner (FNP) and Adult-Gerontology Primary Care Nurse Practitioner (AGPCNP) DNP specialties. The School’s FNP specialty is offered both in Baltimore and at the Universities at Shady Grove in Rockville, Maryland, an effort to expand FNP education to better meet the needs of nurses and to prepare them to practice in underserved areas in the western, more rural portion of the state. UMSON’s AGPCNP specialty is focused on providing care to adolescent and adult patients, ages 13 and up, in addition to an expanding senior population. UMSON’s FNP and AGPCNP programs boast a 100% pass rate on the American Academy of Nurse Practitioners Certification Board exam for its 2021 graduates.