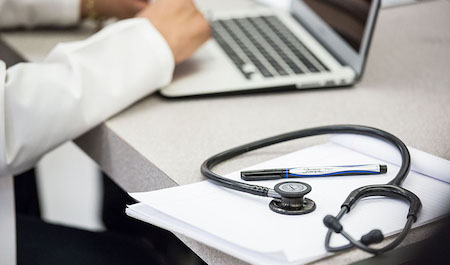 School is ranked in the top 5 nationwide in Nursing Administration/Leadership and Nursing Education.

In U.S. News & World Report’s newly released “2022 Best Online Programs” rankings, the University of Maryland School of Nursing’s (UMSON) online graduate programs ranked among the best in the nation. UMSON ranked No. 5 in the nation in the Nursing Administration/Leadership Programs category and No. 5 in the Nursing Education Programs category, both of which recognize the School’s Health Services Leadership and Management (HSLM) specialty for its multiple focus areas. In both categories, UMSON ranked No. 2 among public schools of nursing. The School also ranked among the Best Online Master’s in Nursing Programs for Veterans nationwide, at No. 25.

The U.S. News rankings represent the most respected and in-depth evaluation of U.S. graduate programs that are designed to be administered online. UMSON is among the 194 schools ranked, out of 571 surveyed.