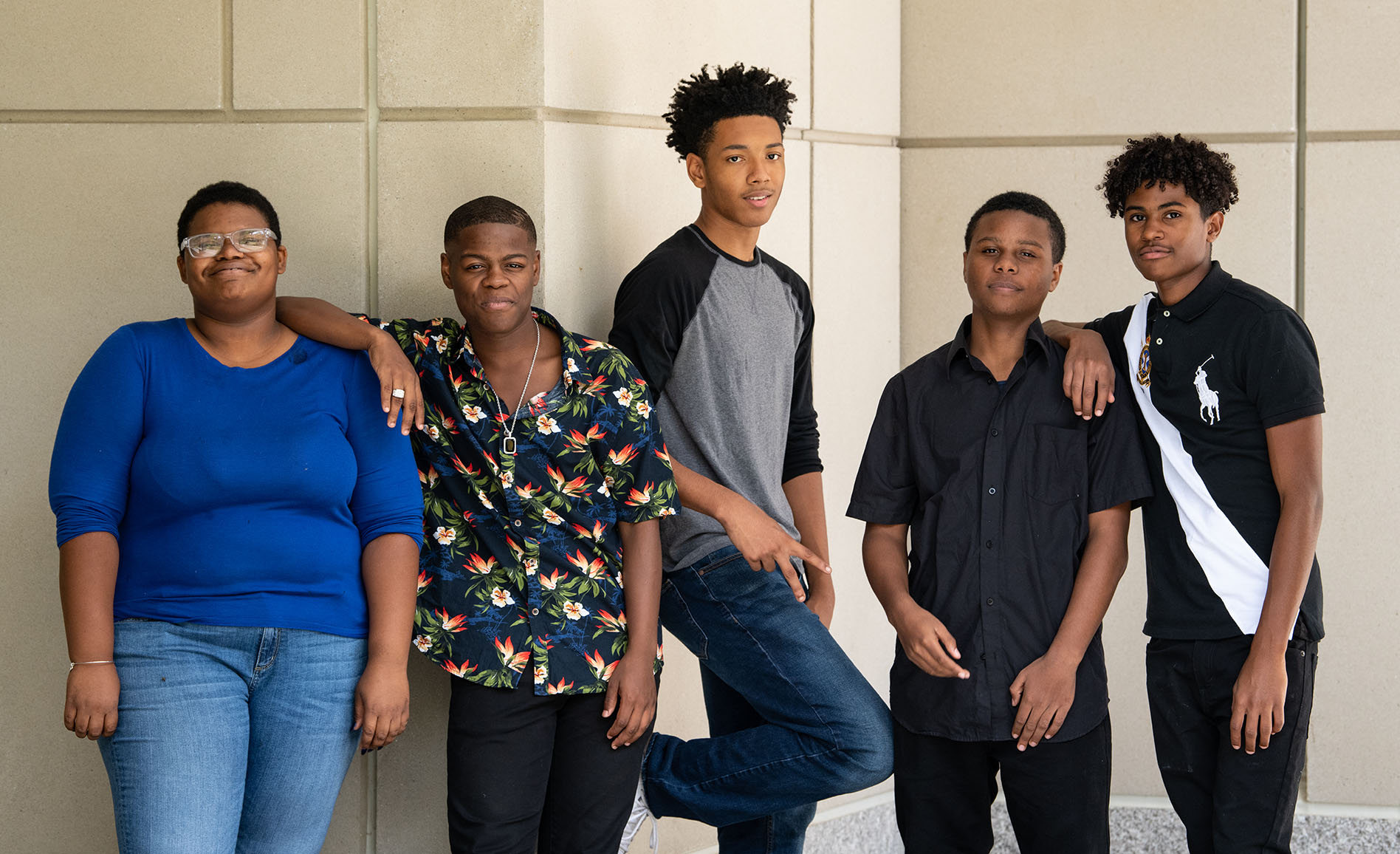 Third film in series catches up with five scholars from the UMB CURE Program as they begin high school.

With a series of flashbacks, Ninth Grade: From West Baltimore starts in middle school, where the adolescents share their youthful dreams for the future and their determination to overcome the devastating realities of their neighborhoods.

Now in the most prestigious public high schools, the scholars — Shakeer Franklin, Tyler McKenzie, Princaya Sanders, Courtney Jacobs, and Davioin Hill — are competing with Baltimore’s best and realize each grade counts not only for high school, but also for college.

Each morning, they travel for over an hour on buses and light rail, leaving behind their neighborhoods of violence, drugs, and poverty,  to get the education that will one day make their goal of college a reality. They believe they can do it and so do their teachers at Polytechnic Institute, Western High School, Bard High School Early College, and Green Street Academy.

MedSchool Maryland Productions, which produced all three documentaries led by director Susan Hadary, MA, describes the new film this way: “As a producer, documenting this journey included moments of pride and awe, witnessing the strength demonstrated  by these five teens as they  continue on their mission to succeed.”

The five teens featured in the documentary participate in the UMB CURE Scholars Program, a pipeline mentoring program that began in 2015 providing science enrichment opportunities to middle and high school students from West Baltimore.  The scholars were first featured in From West Baltimore, which documented their middle school experiences. This will be shown on Maryalnd Public Television (MPT) at 6 p.m. on Sept. 28 prior to the newly released documentary. Ninth Grade: From West Baltimore  will air at 7 p.m. (check your programming guide for channel).

To learn more about the UMB program, which involves the youngest students ever funded by the National Cancer Institute’s Continuing Umbrella of Research Experiences (CURE) Program, go to the CURE Scholars website.