Competition Is a Farce: Lessons from a Professional Athlete Turned Student Pharmacist 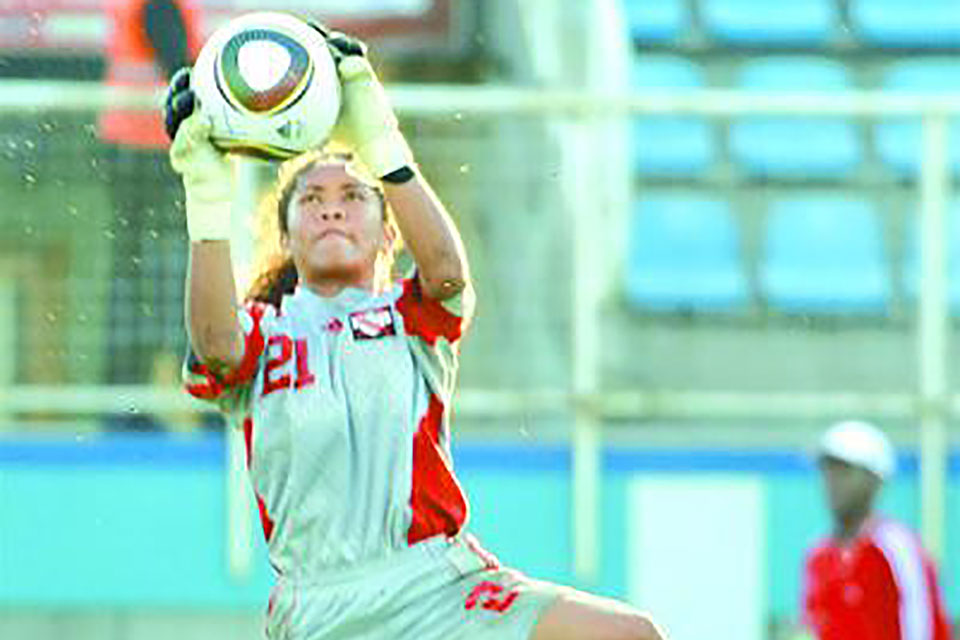 Time spent on the Trinidad and Tobago Women’s National Soccer Team imparts lessons that extend beyond the playing field.

Here are a few words I bet you never expected to hear from a retired pro soccer player: “Competition is a farce.” How so? Well, let’s talk about it.

What is the benefit of competition? Correct me if I’m wrong, but the primary benefit of competition is having the chance to rank yourself on how smart, athletic, or attractive you are compared to others around you. We put all of our energy into achieving a higher score than someone else, but for what? To prove to ourselves that we fit in, that we have earned our place in the barrel with all of the other crabs? Fitting in makes us comfortable, which ultimately makes us feel like we belong.

As the starting goalkeeper for the Trinidad and Tobago 2010 U17 Women’s World Cup team, the greatest lesson that I learned did not come while on the field. Instead, it came when I was on the bench after being named to the second string. Allow me to reflect back to six months before the 2010 U17 Women’s World Cup, when my perspective on competition completely changed.

Stop Trying to Be Someone You’re Not

My journey to this revelation began when a few foreign-based players joined our team. A foreign-based player is someone who lives in another country but is eligible to play for a country on the basis that he or she or a parent was born in the country or holds citizenship. One foreign-based player, in particular, was another goalkeeper who had a long-standing history of starting for the national team. When she arrived, I automatically became second string — a concept that was very uncomfortable for me.

My determination pushed me to keep competing, to keep trying to prove that I was better than her. After months and months of torturing my body and comparing myself to my competition, I realized that I would never be Sandra (our other goalkeeper). Sandra had some amazing qualities as a goalkeeper. Most importantly, she was also tall, and with me standing at 5 feet 3, there was no way that I could ever meet her reach in the goal.

One night after a terrible training session, I found myself thinking very hard about quitting the team. While contemplating on my drive home, a revelation hit me: I am second string, because I am trying to be a better Sandra than Sandra. What would happen if I tried to be a better Linfah? From that night, I stopped putting my energy into besting Sandra and decided to focus more on my own strengths.

Understand What Makes You, “You”

First, I had to identify my strengths. What did I do better than anyone else? Well, I made my team feel comfortable when I played. I was motivating. I was inspiring. I could get people to see abilities in themselves that they did not believe were there. I was also extremely fit. I shifted my focus from competing to dedicating myself to being what the team needed.

I pushed the limits of my fitness. I learned to jump really high. I learned how to use my reflexes to push my reaction time and became the third-fittest person on the team to make sure that I was physically dependable. I also focused on my teammates’ strengths and how they could use them to meet our game plan. Then, I used that information to coach them on the field. The team became an extension of me, and I learned how to move them, think for them, and keep them focused during our games.

Soon, all of the players began to express to our coaches that they needed me in goal for them to be their best selves. Finally, my coaches bought in. I learned that I would be first string two weeks before the World Cup, on the day that they announced the starting team to the media.

Be the Best Version of Yourself

Now, you may be saying, “No Linfah, I need to compete! How else can I stand out over my competition?” Well, hear me out: A dog is a dog, and a fish is a fish. No matter how hard a fish tries, it cannot be a better dog. Now, let me ask you this: Do you want to be your best self? Do you want to win? Then, I challenge you to spend some time identifying, accepting, and mastering your strengths. I challenge you to be brave enough to stop worrying about the next person and focus on finding what you are best at. Winning comes from mastering what you are best at in this world. There is no one who can bring exactly the same set of skills as you or who can have exactly the same impact on a situation, so why would you think that anyone can compare to you?

When I started believing and living my life based on this principle, I had so many opportunities open up to me. Through experience, I have learned that if you become a master of your strengths, there is nothing anyone can do to take the opportunities crafted for you away. Now, returning to academia after four years in the world of professional sports has proved to be my next greatest challenge. It is very easy to lose yourself in competition when faced with seemingly never-ending tests and assessments, and you begin to see the differences between your classmates’ scores and your own as shortcomings in your knowledge and ability to be successful in pharmacy school.

If this happens to you, try to do what I do, and take a step back to put your life into perspective. Why are you here? Are you here to best your classmates in subjects for which they might already have an affinity? Or are you here to become a competent future pharmacist while also mastering those topics in pharmacy that play to your unique strengths? Personally, I intend to use this opportunity to dive deep into exploring and mastering those subjects that will help me make my own mark on pharmacy profession. And I invite you to explore with me.

My final words of advice: Find what you are good at and perfect it. Let it shape the impact you have on this world. Allow yourself to be great!