Donaldson Brown: Easy to Reach, Hard to Leave Behind 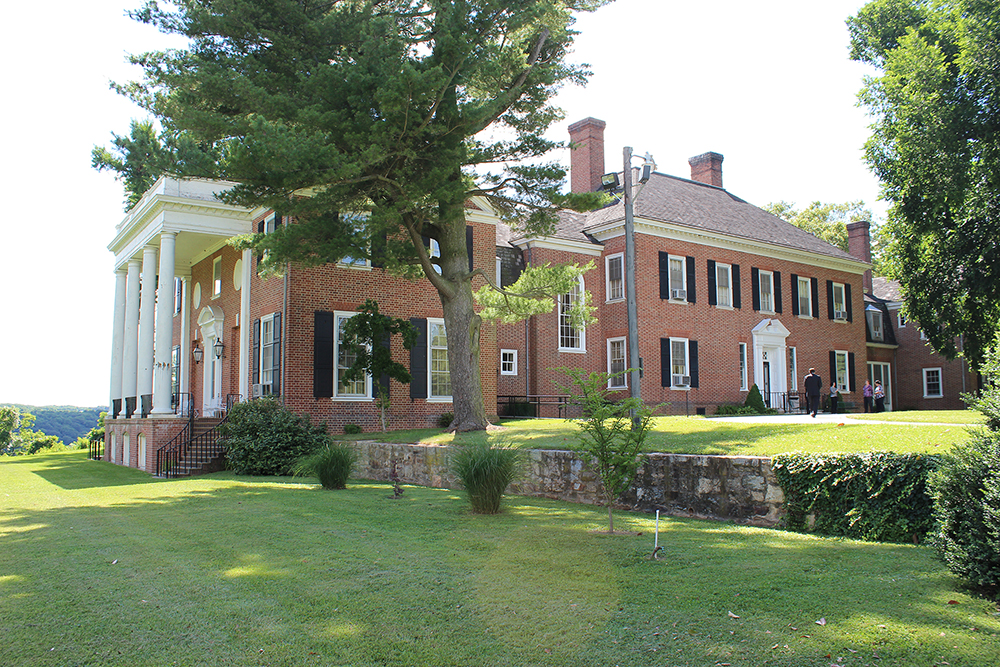 Are you looking for a venue for a conference, retreat, wedding, meeting, or special event? UMB operates the Donaldson Brown Riverfront Event Center in Port Deposit, Md.

Have you ever heard of a man named Frank Donaldson Brown? If not, you’re not alone, even though the University of Maryland, Baltimore (UMB) operates an event center named after the late financial executive and corporate director with DuPont and General Motors Corp.

You may have inadvertently seen the Donaldson Brown Riverfront Event Center and its iconic mansion while trekking north on Interstate 95. The Millard E. Tydings Memorial Bridge carries travelers over the Susquehanna River between Harford County and Cecil County. When crossing the river, the magnificent homestead, casually known as “Donaldson Brown,” is seen perched atop an expansive cliff on the northwest side of the bridge. The home, situated on Mount Ararat like a beacon, is so stately that it looks like it fell off the pages of a Harlequin romance novel.

Mr. Donaldson Brown built the home in Port Deposit, Md., for his family in 1938 after a fire struck his New York residence. Through the bequest of his estate (200 Mount Ararat Farm Road) to the University System of Maryland, UMB administers the daily operations of Donaldson Brown Riverfront Event Center, which hosts retreats, conferences — even weddings. Revenue generated by such events supports the upkeep of the property and overhead, while preserving the integrity of the site and buildings.

The 28,384-square-foot, two-story Georgian mansion, carriage house, and outbuildings are located on approximately 23.43 acres of Mr. Donaldson Brown’s original property. And, as beautiful as the home looks while driving northward, to view the Susquehanna River from atop the cliff, especially at sunset, is breathtaking.

In addition to gorgeous views, the property boasts expansive lawns with mature trees, as well as recreational areas and hiking trails. The house features bedrooms, meeting rooms, a game room, dining rooms, two grand staircases, and a fully operational kitchen. Notably, every inch of the property and home is meticulously maintained. Even the large, winding corridors of the massive “basement” and the organized workshop are spotless because of the attention to detail by the small staff that keeps the home operating on a daily basis.

Many educational institutions across the country make their conference centers available to clients. Likewise, UMB offers the riverfront mansion for internal events. The University also arranges special events for the public, such as holiday brunches and tours. Because of its massive size, the house boasts a variety of large and mid-sized rooms with varying layouts meeting a wide array of event planners’ needs. And it has accommodations available for scheduled overnight visitors. Moreover, the exterior space can be expanded with one or more large tents.

So the next time you are planning a large celebration, a mid-sized conference, or an intimate retreat, consider the Donaldson Brown Riverfront Event Center. Call 410-378-2555, or click here to request more information.

With one look across the Susquehanna River from the back terrace, it’s easy to see why the Donaldson Browns chose this tranquil, peaceful place to raise their children. While close to major towns and cities due to the proximity of I-95, visitors feel as if they’ve escaped to a bygone era.