On Westminster Hall Tour, Discover What Lies Beneath — and Above — UMB’s Campus 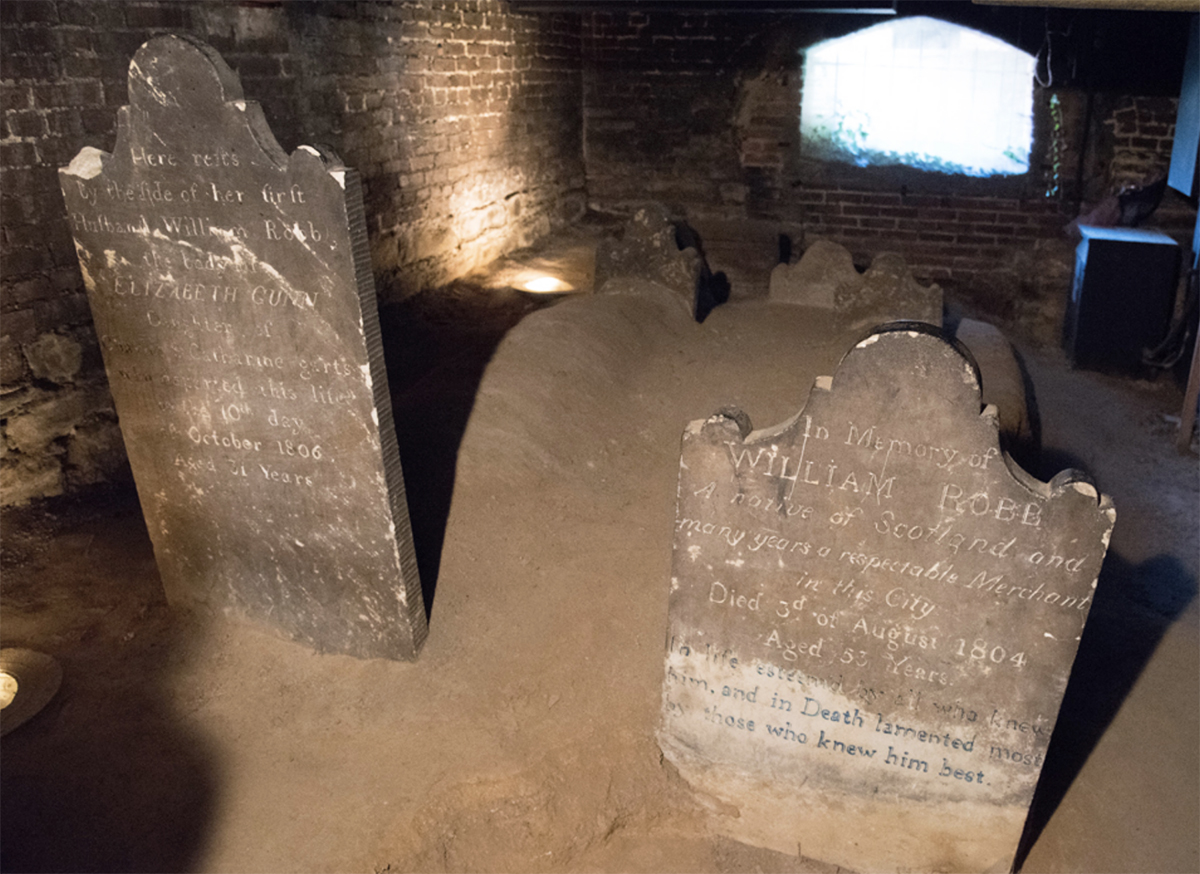 Lu Ann Marshall, academic coordinator at the Carey School of Law and tour director, leads 40 visitors on an educational tour of the Westminster Hall Burying Ground and Catacombs.

On April 9, after the group of 40 visitors had moved away from Westminster Hall’s gates at the corner of Fayette and Greene streets, past the famous burial site of Edgar Allan Poe, and into the pews located beneath the building, the tour guide opened her presentation by saying, “My name is Lu Ann Marshall and I am tour director for the site, even though I prefer to be addressed as ‘Queen of the Graveyard.’ ”

On the tour, organized by the University of Maryland, Baltimore’s (UMB) Council for the Arts & Culture with participation from the Francis King Carey School of Law, Marshall delved into the haunting tales of the School of Medicine’s resident grave robber, Frank, and Samuel Smith, a former U.S. senator, Baltimore mayor, and military general who provided defense in major battles such as the Revolutionary War and the War of 1812.

Marshall, an academic coordinator at the Carey School of Law, has led Westminster Burying Ground and Catacombs tours for over 40 years. While she continues sharing the narrative of the site’s beginnings, stemming from migration away from the Jones Falls, Poe and his wife Virginia, Frank selling bodies to medical students, and the rumored haunting of Smith, it’s being in a covered graveyard that sets the haunting tone.

Marshall leaves the grandeur of the experience up to the individual, saying, “So, are we haunted? Who knows?” Regardless of whether the site is haunted or not, numerous ghost hunters, psychics, and empaths have most certainly passed through Westminster Hall, each leaving with a different experience. In that same vein of mystery and horror, the celebrity of the afternoon undoubtedly was Poe, the famous 19th-century writer of short stories and poetry. Marshall presented a series of Poe stories, including:

These are just a few of the Poe stories Marshall shared with the group. Collectively, Poe, Smith, and Westminster Hall itself provide a narrative of Baltimore’s rich and mysterious history, making it a truly unique place on the UMB campus.

Public guided tours, sponsored by the Westminster Preservation Trust, are offered on the first and third Fridays and Saturdays of each month from April to November. The next event, “Lunch Under the Pipes” will be held May 9 from noon to 1 p.m. To learn more about the upcoming events at Westminster Hall, click the link below.