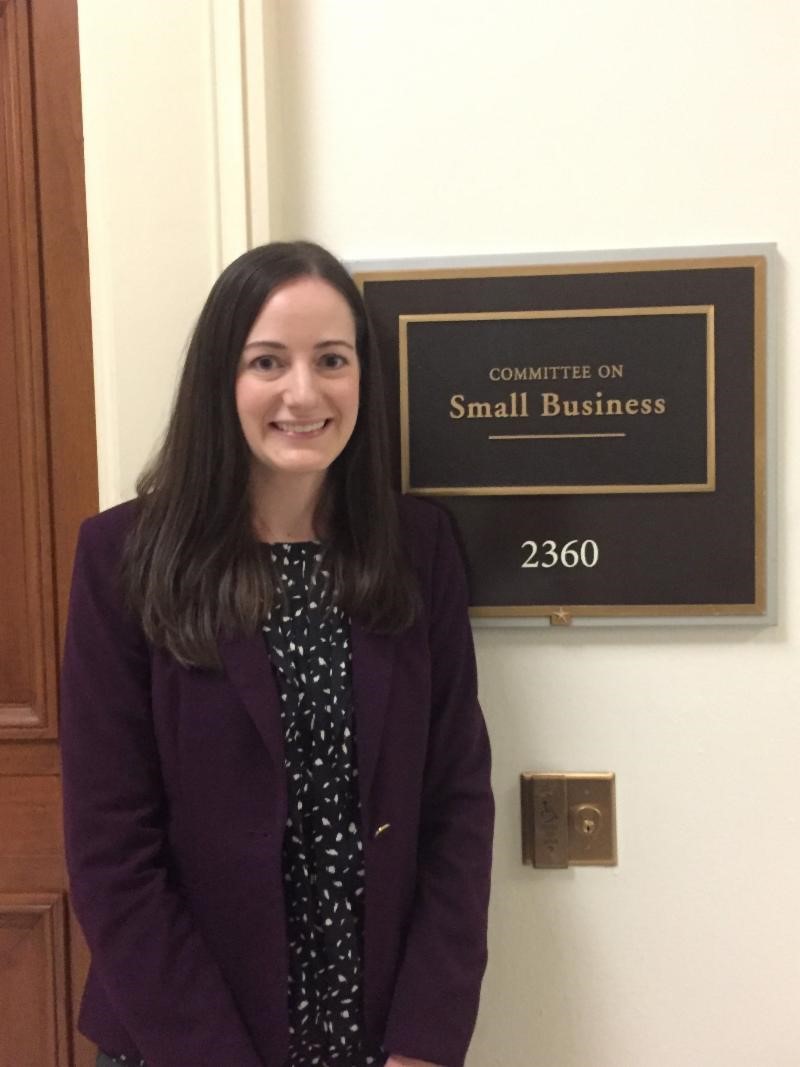 On June 12, a University of Maryland School of Dentistry (UMSOD) orthodontics resident had a starring role on the national political stage.

Lauren Wiese, DMD, testified before Congress on the heavy student debt burden that health care professionals face and how it hinders their ability to start practices. Appearing before the U.S. House of Representatives Committee on Small Business on behalf of the American Association of Orthodontists (AAO), Wiese said her $411,000 debt load has caused her to make some tough career decisions.

“The AAO was looking for someone to share their story,” Wiese said. “They wanted to show debt’s impact on specialists and how it altered future plans.”

As Wiese told Congress, one reason she chose dentistry as a profession was because it offered the chance to own a practice. However, a high debt burden — especially after pursuing specialty training in orthodontics — means she will have to defer that dream for many years to come.

“I would love to pursue my initial goal of business ownership,” she said in her testimony, “but the thought of taking out a large business loan, in light of my own student debt, is really paralyzing.”

Entrepreneurship wasn’t always so unattainable for recent graduates. Wiese noted that pursuing job opportunities in corporate dentistry, as she is doing now, is “certainly a different experience than many of the orthodontists I know who helped inspire my career path.”

“Realistically, I will not be in a position to own a practice for the next 10 or 15 years,” she said.

Wiese talked of how, despite living frugally and saving whenever she could during her dental education and training, she still faced the “harsh reality” of mounting debt.

“I’m an example of someone who tried to save but still faces difficult decisions when trying to start a business or family,” Wiese noted.

Wiese highlighted policy changes that could alleviate the debt burden. She agreed with Hagedorn that using pretax dollars to repay student loan debt was a sensible option, and she supported Chu’s idea to reintroduce subsidized federal loans for graduate students so that recipients wouldn’t be responsible for the interest that accrues while enrolled in school. Wiese also advocated for the ability to defer loan payments during residency programs and the elimination of federal loan origination fees.

“It’s not that I want my loans forgiven,” Wiese said. “I just don’t want them knocked from every angle. All the tiny things, such as origination fees, add up to so much.”

Wiese knows that such incremental changes take time and may not happen anytime soon. Her main motivation for testifying before Congress was to impact those who follow in her footsteps.

“I would love for more people to get into the field and not have to worry so much about the debt burden,” she said