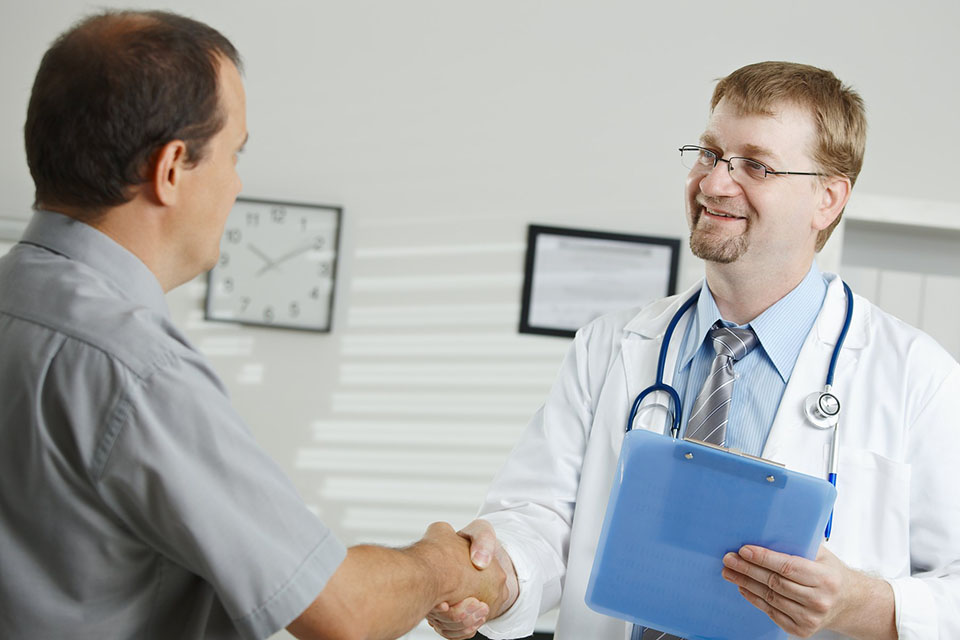 Fourth-year student pharmacist offers a reflection on her first encounter with the field of patient-centered outcomes research through the School of Pharmacy’s PATIENTS Program.

On June 19, I had my first experience with patient-centered outcomes research (PCOR) when I virtually attended a conference hosted by The PATIENTS Program at the School of Pharmacy titled “Building Capacity for Patient-Centered Research.” During this conference, patient advisors, community partners, and researchers from seven institutions across the nation shared their work in one of the three stages of conducting PCOR:

Each of the institutions that presented have been funded by the Agency for Healthcare Research and Quality (AHRQ) to investigate how the needs of stakeholders such as patients, clinicians, and policymakers can all be addressed when determining what interventions are most effective for specific patient populations. This conference was also part of a series funded by AHRQ that allows these institutions to share their practices in order to help advance and raise awareness about PCOR implementation.

According to the Patient-Centered Outcomes Research Institute (PCORI), PCOR is a type of research that incorporates the voices of patients and other stakeholders to assess the value of studies. In other words, patients directly participate in formulating research topics, conducting studies, and providing feedback based on the results. This research method is especially important in furthering CER and advancing health equity by involving patients who are underrepresented in conventional studies. I believe that patient-centered research is one of the key methods we can use to address the unacceptable health inequities currently faced by socially disadvantaged communities, especially in places like Baltimore.

Gail Graham and The PATIENTS Program

The first institution to present was the University of Maryland School of Pharmacy, which was represented by Gail Graham and C. Daniel Mullins, PhD, professor and chair of the Department of Pharmaceutical Health Services Research (PHSR) and executive director of The PATIENTS Program. Gail, the director of HIV/AIDS Outreach Services at Mt. Lebanon Baptist Church, shared her emotional story of being diagnosed with HIV and her journey living with the condition over the past 20 years. She described her initial struggles with understanding HIV and the discrimination she faced as a result of it. When she was first approached by The PATIENTS Program through her church, she declined to get involved multiple times due to the heavy stigma surrounding research. However, Dr. Mullins and his PATIENTS team soon changed her mind when she saw them holding hands with members of her church community and connecting with them as more than just potential research participants.

Instead of speaking about their own interests, the PATIENTS team listened to what community members had to say. What was most important to them? What were problems that needed to be addressed in their communities? This was the beginning of Gail’s long-standing partnership with the School of Pharmacy. I was extremely moved hearing how greatly impacted her life had been by joining The PATIENTS Program; she was not only able to take control of her own health, but she also became a leader and an inspiration for her community by helping others with HIV/AIDS to not only survive, but thrive.

Before this conference, I was unaware of the direct impact patients can have on research, or even the possibility of such a phenomenon truly existing; I had only ever considered the implications that research might indirectly have on patients through changes in clinical practice and future studies. This may be, in part, due to my own lack of knowledge in this field and the fact that the majority of the research we are exposed to as student pharmacists does not address the role of a patient as more than just a participant in the study. We learn about the different types of descriptive and explanatory studies, the importance of having a sample size greater than the power calculated, and how external validity can only exist if a study has good internal validity. When we are not volunteering, working, or participating in extracurricular activities, we spend most of our time trying to learn and memorize therapeutics of different disease states and side effects of the top 300 drugs.

All of this information is crucial to the foundation of becoming a pharmacist, and we definitely would not be able to pass the NAPLEX on the first attempt if we didn’t pore over our notes for hours to learn the fundamentals. But, during the rush of our busy lives as pharmacy students, we sometimes forget why we are here in the first place: to help people. We forget that we have to connect with our patients as more than just patients, and instead as human beings who deserve to be listened to and cared for just as we would want for ourselves and our loved ones. And now more than ever, the voices of patients living in underserved areas need to be heard.

According to Dr. Mullins, it was no coincidence that this conference was held on Juneteenth. Although this day is celebrated, it is unfortunately not nationally recognized and can leave a bitter taste because sadly, we are still far from recovery. Since this country was first established, racial injustice and systemic racism has governed our lives as Americans. As an Iranian-born, cisgender female who grew up in an affluent neighborhood in Silicon Valley, I was aware that such inequities existed, but had never truly witnessed discrimination with my own eyes, let alone experienced it myself. Even as an immigrant from the Middle East, it disgusts me to say that I have been fortunate enough to have lived under the veil of white privilege since my family moved here when I was only two years old.

Coming to the School of Pharmacy gave me my first experience and taste of the real world, a world that I had known existed outside the bubble I had lived in but knew nothing about. My parents were concerned for me coming to a city that has been ranked as one of the top 10 most dangerous cities in the U.S., but institutions like Johns Hopkins and the proximity of other prestigious organizations such as the Food and Drug Administration helped eased their mind. “Where is the safest place to live? What are the places to avoid?” Questions that my parents and many other students asked as soon as acceptances were sent out.

Within my first month of moving here, I was told that a walk across Martin Luther King Jr. Blvd. should be avoided at all costs, since the probability of becoming a victim of crime there is one in 10. Coincidentally, it leads to a neighborhood with a primarily Black population, and is one of the many that forms the “Black Butterfly.” The Black Butterfly is a butterfly-shaped form that can be drawn on the map of Baltimore where Black neighborhoods reside, surrounding the “White L,” which denotes the location of white neighborhoods. These visual displays are clear cut depictions of the gentrification that was first birthed in an ordinance issued more than a century ago, which did not allow Black people to live in white neighborhoods, and it has been sustained through redlining from the Home Owners’ Loan Corporation. Even after these laws and practices were abolished, the underserved communities of the Black Butterfly are still coping with the ramifications, and little has been done to reverse them.

Listening for a Better Future

Despite how deeply rooted systemic racism is in our country, I believe that there is still hope after hearing stories like Gail’s and the efforts of researchers conducting PCOR studies. It was inspiring to discover that community members, health professionals, and researchers are all working together to dismantle the notion of “helicopter research,” and are instead conducting meaningful studies for everyone, especially for patients who need help the most. This is still a new and evolving field, and conferences like this one are crucial in helping institutions share how they are conducting their PCOR studies, allowing them to learn from each other and discover the best ways to improve patients’ lives together. Yet even as we move forward, we must understand that the road ahead is long and cannot simply be paved with good intentions.

There is still a large gap in knowledge, and mending our fractured health care system may require building a new foundation altogether, which demands for input from everyone, not just assumptions about what’s right from professionals. Health is a fundamental human right and we must give it back to the many who have been stripped of it due to circumstances out of their control, such as their socioeconomic status and the color of their skin. Even if all of us don’t decide to become directly involved in PCOR or other types of research studies in our future careers as pharmacists, patient engagement is something that we can all dedicate more time to in our day-to-day practice. We all must work harder to listen and learn the best ways to help each other because, as Desmond Tutu once said, “my humanity is bound up in yours, for we can only be human together.”