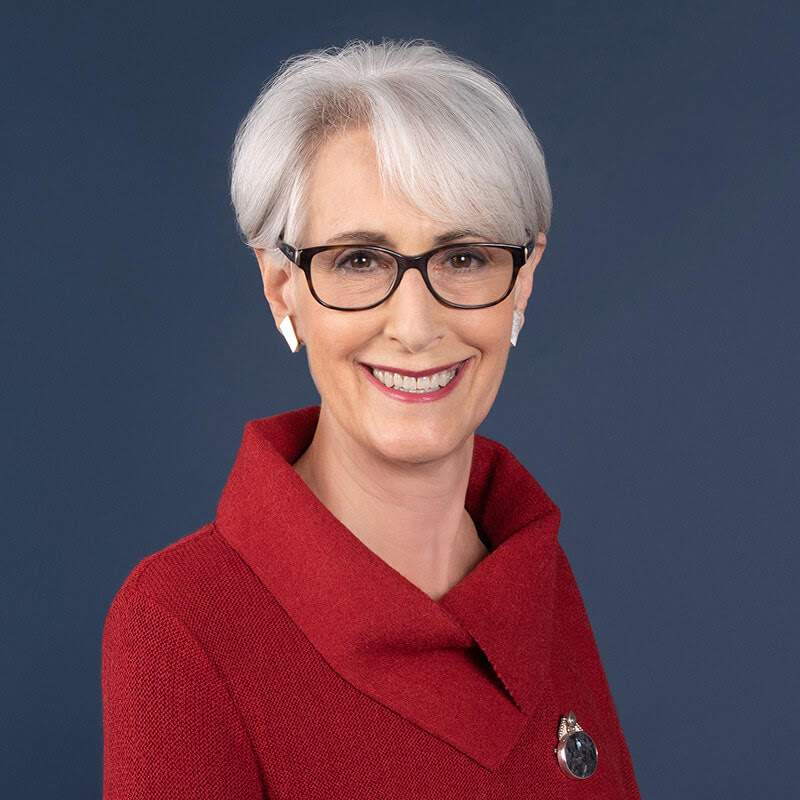 Veteran diplomat led the U.S. negotiating team for the Iran Deal as undersecretary of state for political affairs.

University of Maryland School of Social Work alumna Wendy R. Sherman, MSW '76, has been nominated by President Joe Biden to be deputy secretary of state.

“Ambassador Sherman is one of the country’s foremost diplomats,” the Biden administration said in a statement. “She has successfully rallied the world to strengthen democracy and confront some of the biggest national security challenges of our time, including leading the U.S. negotiating team for the Iran Deal as Undersecretary of State for Political Affairs. During her four years as Undersecretary, she traveled to 54 countries, engaged in diplomacy on every continent and was awarded the National Security Medal by President [Barack] Obama for her diplomatic achievements.”

Sherman is a professor of the practice of public leadership, director of the Center for Public Leadership at Harvard Kennedy School, and a senior fellow at the school’s Belfer Center for Science and International Affairs.

A trusted advisor to Biden and Vice President Kamala Harris, Sherman is one of our country’s foremost diplomats. During the Obama administration, she served as acting deputy secretary of state and undersecretary for political affairs, for Secretaries of State Hillary Clinton and John Kerry, a role in which she led the U.S. negotiating team in the Iran talks. During her four years as undersecretary, she traveled to 54 countries, engaged in diplomacy on every continent, and was awarded the National Security Medal by President Obama for her diplomatic achievements. She was the first woman to hold the position of undersecretary for political affairs and, if confirmed, will be the first woman to be deputy secretary.

During the Clinton administration, Sherman served as counselor to Secretary of State Madeleine Albright and assistant secretary for legislative affairs for Secretary of State Warren Christopher. In addition, she has served on the President’s Intelligence Advisory Board, the Defense Policy Board, and the Congressional Commission on the Prevention of the Weapons of Mass Destruction, Proliferation and Terrorism. She is a senior counselor at the Albright Stonebridge Group.