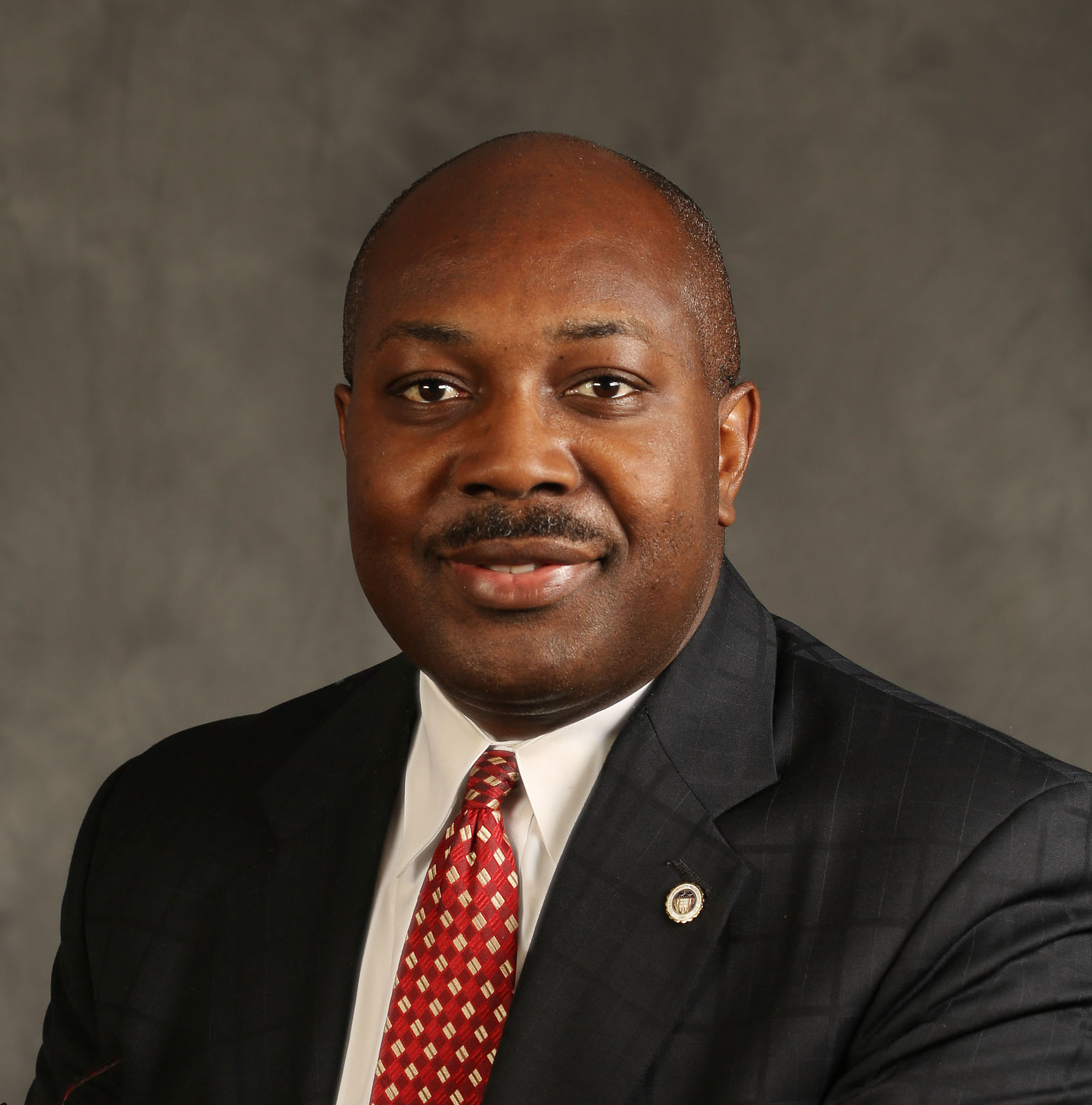 Anthony Wutoh, provost and chief academic officer at Howard University, says we must work together for our collective future and the good of society.

Over the next three weeks, The Elm will feature stories on the keynote speaker and the four Diversity Recognition Award winners leading up to UMB’s Rev. Dr. Martin Luther King Jr. and Black History Month celebration from noon to 1:30 p.m. Thursday, Feb. 4. Register here to attend.

Anthony Wutoh has been studying minority access to medical therapies — a relevant topic today with minority populations disproportionately affected by COVID-19 and some being hesitant about vaccines — since he was a student at the University of Maryland School of Pharmacy 30 years ago.

“I trust the process that the FDA has gone through and the companies involved in the development of the vaccine. I don’t think they have skipped steps,” he said. “But I’m also aware that with any drug that is studied, we often don’t get a full picture of any complications or potential side effects until it is made more available in a broader range of people. So the message I’ve tended to share is that every drug has side effects but we also have to weigh the potential benefits against the potential risks.”

Wutoh said he has encouraged people, such as members of his church where he is part of the education and health ministries, to be vaccinated. He said the Pfizer, Inc. and Moderna, Inc. vaccines, which have received FDA emergency use authorization, have shown in clinical trials to be highly effective with minimal side effects.

“The people who are at the highest risk and the communities that have the most to lose are the ones that should be thinking very seriously about getting the vaccine when it’s available,” he said.

Wutoh plans to focus his Feb. 4 speech at his alma mater on the dual pandemics the country has faced the past year and “the reckoning regarding systemic racism and how that has interfaced with the pandemic. And what we need to do collectively to move beyond this.”

“How we’re going to get to a place that will resemble as normal as possible is going to require us working together and being able to trust and rely on each other, things that Dr. King represented,” he said. “Collectively, we have to be able to get beyond our own self-interest and think about the good of society, the good of the next person, and what we need to do to really restore a sense of morality and ethics and greater good in society.”

Wutoh saw the Jan. 6 insurrection at the U.S. Capitol by supporters of President Donald Trump as “akin to a Band-Aid being ripped off of a gaping, festering wound.”

“While shocking, I was not surprised by the dramatic difference in response of the police compared to the Black Lives Matter and other protests that have taken place in D.C. previously,” he said. “Democracy is fragile, and it requires constant vigilance to maintain. We cannot take that for granted. I hope that this serves as a wake-up call for the country, as I fear that we have steadily grown more accepting of aberrant behavior, particularly from leaders.”

Wutoh and his family emigrated from Ghana when he was young, and they settled in Princess Anne, Md., where his father was a professor and researcher at the University of Maryland Eastern Shore.

He said King holds significance to him because the civil rights leader attended Ghana’s independence ceremony in the late 1950s.

“He wasn’t just an American icon. He really had a global impact,” Wutoh said. “As events were unfolding in the ’50s and ’60s, he came to represent what was possible for Black people and all people around the world.

“When I think about him and his methods, I think about it in the context of freedom and liberty and justice for all people. And we tend to focus on Americans and Black Americans, which is appropriate, but I think his message resonated around the world, particularly in African countries, many of whom were either just becoming independent from their colonial pasts or  seeking a message of hope. And they saw that message in many ways coming from America and coming from Dr. King.”

“She was probably the most significant factor in me becoming a pharmacist and coming to UMB,” he said.

Much of his research dating to the 1990s has been focused on HIV treatment in older individuals as he realized that with improving treatments, there would be a significant number of people living longer with HIV.

“We’ve progressed to the point where we are treating HIV like a chronic disease like diabetes and hypertension,” Wutoh said. “There are many effective therapies and combinations of therapies available, so I was curious to look at: What is the access to therapies as they become available? Do minorities in particular have access to those treatments? And then as treatments became more and more effective: How are these therapies impacting people who have lived with HIV for 20 years and longer?”

Then COVID-19 hit and his focus shifted — like many university officials across the country — to moving undergraduate courses online.

Last spring, “we were trying to make sure that our students would still have a rich and rewarding academic experience, making sure that our faculty had the technology and the training to be able to deliver emergency online courses, and putting in place protocols to try and keep faculty, students, and our staff as safe as possible,” he said.

Wutoh supports UMB’s efforts to embrace diversity, equity, and inclusion (DEI), including hiring a chief DEI officer, which is expected early this year. DEI efforts need to be “thoughtful and done in a way that will help us make a difference to move the organization and society forward,” he said.

Wutoh added that coming back to UMB “is a high honor for me. I am certainly willing to be supportive in any way that I can.”