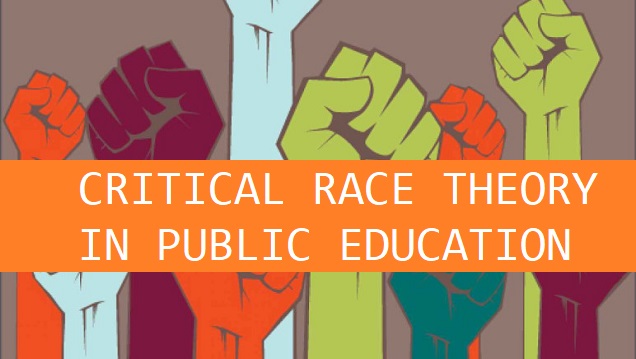 The real reason for the hysteria behind CRT.

“Those who don’t know history are destined to repeat it.” — Harvard Philosopher George Santayana, "The Life of Reason," 1905.

We learn about the history of the bombing of Pearl Harbor, and about the 9/11 attacks. We will most certainly learn about COVID-19 in future history books, to prevent repeating the mistakes that led to this event.

Many of the attendees yelling in school board meetings do not understand what Critical Race Theory (CRT) is, or the premise behind it. The biased media networks are manipulating their viewer’s mental and emotional state to make them believe “CRT will make their child feel bad about themselves."

So, what is Critical Race Theory? According to Britannica, CRT is a body of academic frameworks surrounding the concept that racism is systemic and woven into the fabric of American society. It provides an understanding of how the history of slavery adversely affects the lives of Black people in American society today. CRT is nothing new; it was studied by a group of Black, Hispanic, and Asian legal scholars in the 1970s to better understand why inequality has persisted, despite the civil rights movement.

It is not part of any school or college curriculum. However, sometimes CRT is incorporated in fields of study such as philosophy, sociology, and history. CRT is the ugly truth of American history, and when something shameful or ugly occurs in our past, we want to forget it ever happened and move on. However, when memory fades, events from the past will most certainly become events of the present.

Let us be honest: White parents are having temper tantrums in school board meetings to prevent CRT from being taught because they do not want their children to learn about the role their ancestors and grandparents, some of whom are alive today, played in the brutalization of Black people during slavery and the civil rights movement. They want to cherry-pick their history lessons, as if the Civil War can be taught without teaching about the slavery that led up to it. The purpose of teaching CRT is to:

If this benefits both children and society, why would a responsible parent deny their children the opportunity to learn about the explicable consequences of slavery, systemic racism, and its impact on descendants of Black slaves? Their children will be no prouder of them than their ancestors who enslaved and continued to brutalize Black people. They are continuing to create systems of racism through policies and efforts such as this.

The irony is that their efforts will be looked upon in future history books by their children and grandchildren as just more racism.