The Power of the State to Vaccinate 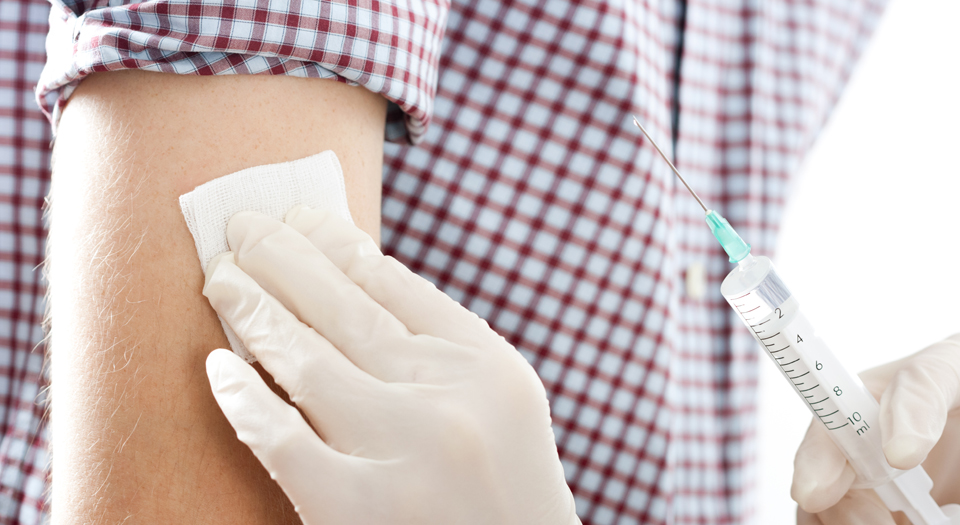 As more states experience outbreaks of vaccine-preventable diseases, states will enact more forceful measures to encourage vaccination. Is that legal?

By the end of April, Maryland had joined 20 other states that were experiencing outbreaks of measles, with its fourth case confirmed three weeks ago. Upstate New York and New York City also are dealing with their own outbreaks — one in Rockland County and one in Brooklyn.

New York has taken two approaches to curbing them, with Rockland County decided to ban unvaccinated people from public spaces such as parks and restaurants and the city choosing to mandate vaccinations for unvaccinated children and fine those who refuse $1,000. These forceful and differing responses have led some to these questions: Are governments allowed to compel vaccination or ban unvaccinated individuals from the public square? And is the potential erosion of public trust in the government worth it?

The right of public health officials to use state police power to enforce their recommendations was established more than 100 years ago by Jacobson v. Massachusetts. This case was decided in 1905, a time when infectious diseases were one of the leading causes of death in the United States. In 1902, when smallpox was an epidemic in Massachusetts, the Cambridge County health board declared that all adults must be vaccinated against the disease or pay a fine of $5 ($145 in today’s dollars). The plaintiff, Jacobson, claimed that he had had a bad reaction to a previous vaccination and refused to be vaccinated. He was fined by the health board and appealed his case to the U.S. Supreme Court.

The question for the court to decide was not whether the power to enforce vaccination rested with the state or the federal government, but whether the state had infringed on Jacobson’s individual liberties by mandating vaccination. Justice John Marshall Harlan wrote at the time: “It is equally true that in every well-ordered society charged with the duty of conserving the safety of its members, the rights of the individual in respect of his liberty may at times, under the pressure of great dangers, be subjected to such restraint, to be enforced by reasonable regulations, as the safety of the general public may demand.”

Ultimately the question before the court was whether the danger to the public, in this case from smallpox, was great enough to justify an encroachment on an individual’s civil liberties. The court ruled that the vaccination law that granted the state the power to fine people who did not comply was only enforceable when the action being compelled was necessary for the public health or the public safety of the state.

The court also decided the expertise of the board of health qualified it to determine what was necessary for the public health or safety. It also said that vaccination was a reasonable method to control the epidemic and was “at least an effective if not the best known way in which to meet and suppress the evils of a smallpox epidemic that imperiled an entire population.”

Today, the legal framework that developed from the Jacobson decision does justify and allow New York State’s and New York City’s actions. According to Mariner, et al, “a law that authorizes mandatory vaccination to prevent dangerous contagious diseases in the absence of an epidemic, such as the school immunization requirement summarily upheld in 1922, also would probably be upheld as long as (1) the disease still exists in the population where it can spread and cause serious injury to those infected, and (2) a safe and effective vaccine could prevent transmission to others.”

Measles outbreaks in the United States are not new. In 1991, Philadelphia experienced a major measles outbreak with over 1,400 cases and nine deaths. In response, the city health department decided to mandate vaccinations. Parents in the Faith Tabernacle church opposed the vaccinations and the pastor attempted to get legal representation from the ACLU to fight the order. In fact, the parents and church both had some legal standing, as religious exemptions from vaccinations were, and still are, allowed in Pennsylvania. However, the Supreme Court recently had ruled that parents could not deny life-saving medical treatment for their children on religious grounds and the  ACLU refused to defend the church. Ultimately, only nine kids were vaccinated by the court order by the time the outbreak had subsided. In fact, while the city proved it had the legal authority to force vaccinations, the actual impact of the forced vaccinations most likely did not help to curb the outbreak.

It is important to realize that these outbreaks are preventable. As health professional students, we can urge our legislators to pass legislation that denies exemptions from vaccination requirements for philosophical and religious reasons. We can empower health departments to request proof of vaccination at multiple grade levels and provide them with resources to enforce vaccination.

While the state does have the power to enact these methods to increase vaccination rates, the mistrust created by compelling action is a high price to pay and we would better served by educating our populace and preventing the rise of exemptions in the first place. Unless there is the threat of an active outbreak, it would be best to leave these measures as a last resort.