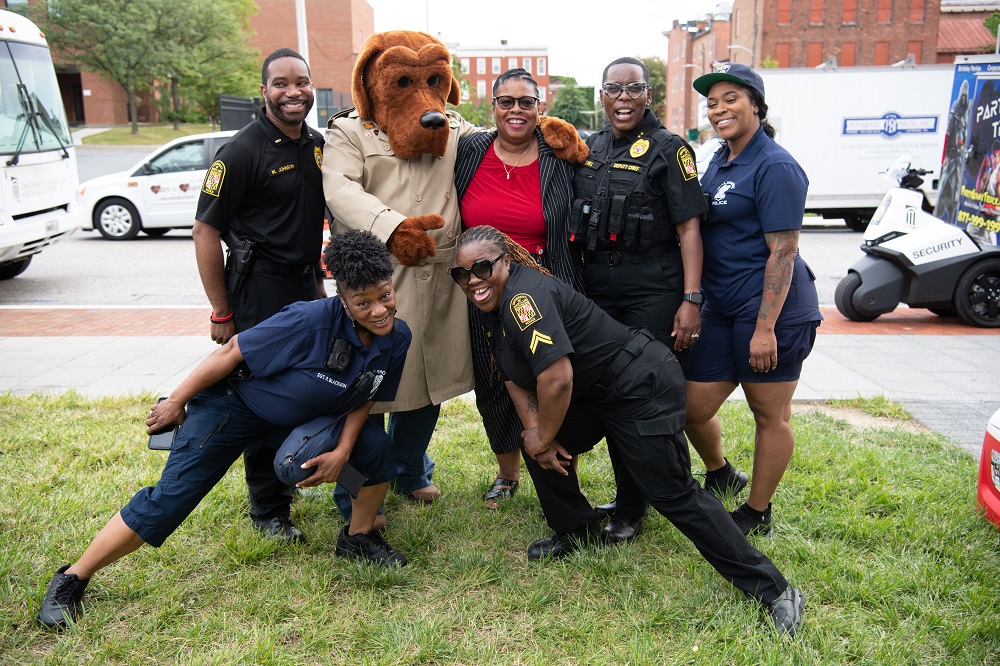 National Night Out builds relationships between police and the communities they serve.

Hamburgers sizzle on the grill. Giant Jenga blocks clatter to the ground. Children giggle as they try on a new bicycle helmet.

Those were just a few of the sounds at the University of Maryland, Baltimore Police Department (UMBPD) National Night Out on Aug. 3. The community-building event drew hundreds of neighbors, partners, and friends to the BioPark Lawn in the 800 block of W. Baltimore St.

“Our National Night Out event has grown so much in the past few years,” says Lt. Matthew Johnson, who runs UMBPD’s Community Outreach and Support Team (COAST). “It’s an opportunity for us to connect with our community in a fun, stress-free environment. We can get to know our neighbors and they can get to know us — not just as police officers, but as people.”

National Night Out is a nationwide effort to strengthen trust and foster positive relationships between police and the communities they serve. At UMB, COAST began under former Police Chief Alice Cary in 2018 and is known for its outreach year-round. Forging positive relationships is critical to COAST’s success.

“We’re a proactive, progressive police department,” Lt. Johnson says. “We want to meet our community where they are.”

This year, COAST helped UMBPD win the International Association of Chiefs of Police/Walmart Leadership in Community Policing Award for a Midsize Agency and the Maryland Chiefs of Police Association’s Exceptional Police Performance by a Unit/Team/Collaboration Award.